Old Englewood Village began as a trail, and a small store with a 250-foot dock out into the bay in the late 1800’s and early 1900’s. Stores, restaurants, bars, and big dreams slowly crept into the area.

During the land boom of the1920’s, grandiose plans were in place for casinos, a new train depot, and even a luxury home development for movie stars and other celebrities. The Great Depression and numerous storms tested the resiliency of the town. Most of the plans disintegrated. But the families of Englewood came together even when the city was falling apart, defining the meaning of “community” which remains to this day.

Today, Old Englewood Village and the areas surrounding it, maintain their old-world charm and continue to attract new visitors and residents. Arts and music are everywhere. Quaint shops line the streets. You can find fresh Florida produce and local crafts at the farmer’s market. After checking out the village, you can take some time off your feet with tantalizing food and drink at your choice of a wide variety of local bistros and restaurants.

The year 1878 saw William and Mary Goff become our area’s first settlers, that is, after the original native Americans. They bought 60 acres of land bordering on Lemon Bay, which included, what today is part of the Dearborn Street area. A footpath, worn through the slash pines and the palmettos by the Goff family, later was enlarged to a wagon trail when the Goff’s were able to acquire oxen and a wagon. Therefore, the Goffs must be credited with hand carving Dearborn Street out of the wilderness.

The Nichols brothers, early Englewood developers, must be credited with naming it, 18 years later, when they recorded the first plat of Englewood in 1896. They gave names to the new town that were from their home in Englewood,Illinois.

Yale Street was Englewood’s first business district. However, in 1916 Pete Buchan bought land on Lemon Bay at the end of Dearborn Street because it was cheaper. He built a large building to house a store. The family lived above the store. He also built a long dock from which to receive his goods which arrived by sailboat. Buchan’s move from Yale Street would eventually stimulate other small businesses to follow him. The Dearborn Street area business district has been up and running continuously ever since and is the oldest commercial area in Englewood, therefore very deserving of the Sarasota County Historic Marker that is on the corner of Mango Street.

James Elwood Bartlett was the largest individual feed and grain operator in the state of Michigan. Being the astute merchant he was, maybe he foresaw the horseless future that was rapidly approaching. Or maybe he was just bitten by the warm weather sunshine bug. What ever the reason by 1915 he had sold his very successful business and relocated with his wife Nellie and their four children to Boca Grande.

Soon another child was born who would later become a prominent Englewood citizen, Leah Bartlett Lasbury. She said her father bought extensive orange groves in several parts of Florida, hotels and in the early 1920s started buying land here in Englewood. At one point in time, he was one of the largest land owners in our area. He owned about 40,000 acres altogether, some of which is now Manasota Key and Casperson Beach.

One part of his holdings included 16,000 acres that started on the north side of Dearborn Street and meandered unevenly north beyond Forked Creek. It encompassed what are now the residential areas of Alameda Isles, Englewood Isles and Overbrook Gardens. Mr. Bartlett once took Sgt. Alvin C. York, the famous WWI hero, on a fishing trip out of Englewood. 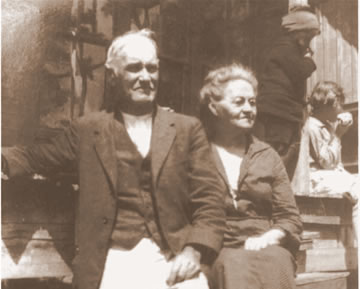 Carrie and Carl Biorseth settled here in 1894. Carl would eventually be known as “The Bee-man” because of the large bee business he and Carrie would develop.

Carrie is given credit for actually starting the bee business. In about 1910 she caught a colony of wild bees. In time she enlarged it to several colonies and proceeded to sell honey.

About that same time, Mr. Biorseth, a former newspaper editor, was having a difficult time supporting his family in the tiny community of Englewood. It was decided Carrie and the children would continue to run the farm at their homestead on the Mystic River (later to be renamed Forked Creek), while Carl would move to Sarasota. He would work doing wallpaper hanging, painting and carpentry.

On a regular basis Carrie would hitch up Prince, the horse, to a wagon, ford Mystic Creek and drive herself to Sarasota on a sandy, rutted, cow path of a trail to bring her husband supplies. The trip took all day and required an overnight in Sarasota. Along the way she would sell or barter some of the produce from the farm to other settlers. Soon the honey started being sold on these trips and was an instant success.

Carl was quick to pick up on the success of the honey. He developed several bee yards, or apiaries, here in Englewood and went into the bee business full time. He also opened a retail store in Sarasota where he sold all the supplies for raising bees. In just a few years Carl acquired a statewide reputation in Florida’s huge bee industry and even became the state bee inspector. 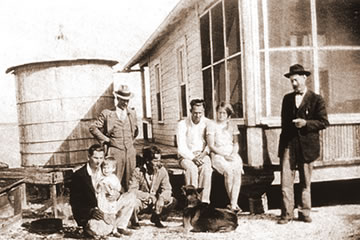 The Chadwick family settled in Englewood at the turn of the last century. They ran a very successful fish business in Englewood and Punta Gorda. Over the years they acquired a large amount of land on Manasota Key. In 1926 they started developing their property which was called the Chadwick Beach Subdivision.

At first they ferried perspective customers from the mainland to the Key by ferry boat, a 26-foot gasoline-powered open boat. They soon decided in order for their subdivision to be successful it would be more advantageous to build bridges across Lemon Bay. By 1927, Englewood had it’s first mainland-to-key connection thanks to the enterprising and foresighted Chadwick brothers. There were two bridges built. One was a large one that went from the mainland to what we now know as Sandpiper Key. A shorter one went from Sandpiper Key to Manasota Key.

Capt. Clay Chadwick, who worked on building the bridges, remembered, “The bridges cost the Chadwick family $48,000, a huge sum of money for the 1920s.” The bridges being private, allowed the Chadwicks to collect a toll of 50 cents which the locals thought extremely expensive. The structures were built, but what terrible timing for the Chadwicks and their subdivision. The Florida Land Boom ended and the stock market crashed. Along with so many the Chadwicks lost everything and Charlotte County would eventually acquire the bridges.

When the Intracoastal Waterway came through Lemon Bay, in 1964, the middle of the Chadwick bridge was cut out. Then Charlotte County Commissioner Bill Anger, who was from Englewood, worked hard to save the two remaining ends of the bridge for fishing piers. He succeeded and the piers were named for him.

However, since then Englewood has lost one span of the old wooden bridge. Although no bridge was ever officially named after the Chadwicks, recognition has been given to the family by naming one of Englewood’s public beaches Chadwick Beach.

At the time of his death at 49 in 1927, James Oliver Curwood was considered the most well-read, well known adventure writer in the world. He has always been put in the same elite class with Zane Grey and Jack London, although his name is not as well known today as Grey’s or London’s.

Cordwoods' brother settled here in Englewood and built several rental cottages on S. McCall Rd., which the locals called the “Curwood Cottages Camp”. The author came to visit and wrote his last book here in Englewood, “Green Timber”, although it was left unfinished at his death. There was great excitement in Englewood about his celebrity presence, especially when it was rumored the famous writer sat at a kitchen table working in one of his brother’s cottages, with his feet in a bucket of ice water, supposedly to set the mood for the great frozen north he was writing about.

Hamilton Disston was an early Florida land baron. He purchased the land on Cape Haze from the state in 1881, for 25 cents an acre. When Alfred and William Vanderbilt bought the same property in 1951, they paid $40 per acre. In 1961, they sold 10,000 acres to General Development Corp. for $400 an acre.

In 1971, when Cavanagh Leasing Corp. bought the remaining Vanderbilt property, they paid $730 an acre.

Mr. & Mrs. Herman C. Kluge came here in 1919 because of his affiliation with the Woodmere Lumber Company. He was a forest cruiser, who scouted out potential timber lands for Woodmere. At that time they bought 33 acres of land in Englewood, some of it bay front property, for $2,500 making it about $75 per acre.

Joe Whitehead was quoted several years ago as saying when Englewood was still a fishing village in 1930’s, the commercial fishermen equipped their boats with smudge pots to keep the mosquitoes away.
Whitehead used an old dutch oven with lightered pine cut into strips and green mangrove leaves to make the smoke.

“You’d fish for 10 minutes until the mosquitoes got bad, then step into the smudge for a few minutes, and you were good for another 10 or 25 minutes. In the morning when it got daylight, it would look like the boats all over the bay were on fire.

He also said that as a boy he used to take oysters from Lemon Bay. They were so large, the liquor drained from only 30 of them would fill a quart jar. He sold them for 50 cents a quart. 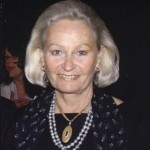 Diana Harris is a local treasure. She has been archiving and documenting Englewood history since she moved here from New York in 1963. The historic columnist for the Englewood Sun, and has been kind enough to provide historic perspectives for the OEVA website. Step back in time, and listen to the Echoes of Englewood. 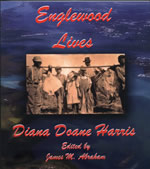 Diana’s book, “Englewood Lives” can be purchased at the following Englewood locations:

Englewood is rich in history. The struggles and the triumphs of the people who came here in the late 1800’s are fascinating subjects.

We are fortunate to have such a wealth of natural and social history still evident in our midst.

Enjoy the writings of Diana Harris, local author and historian.